Third party locative and legislation on prostitution in Spain 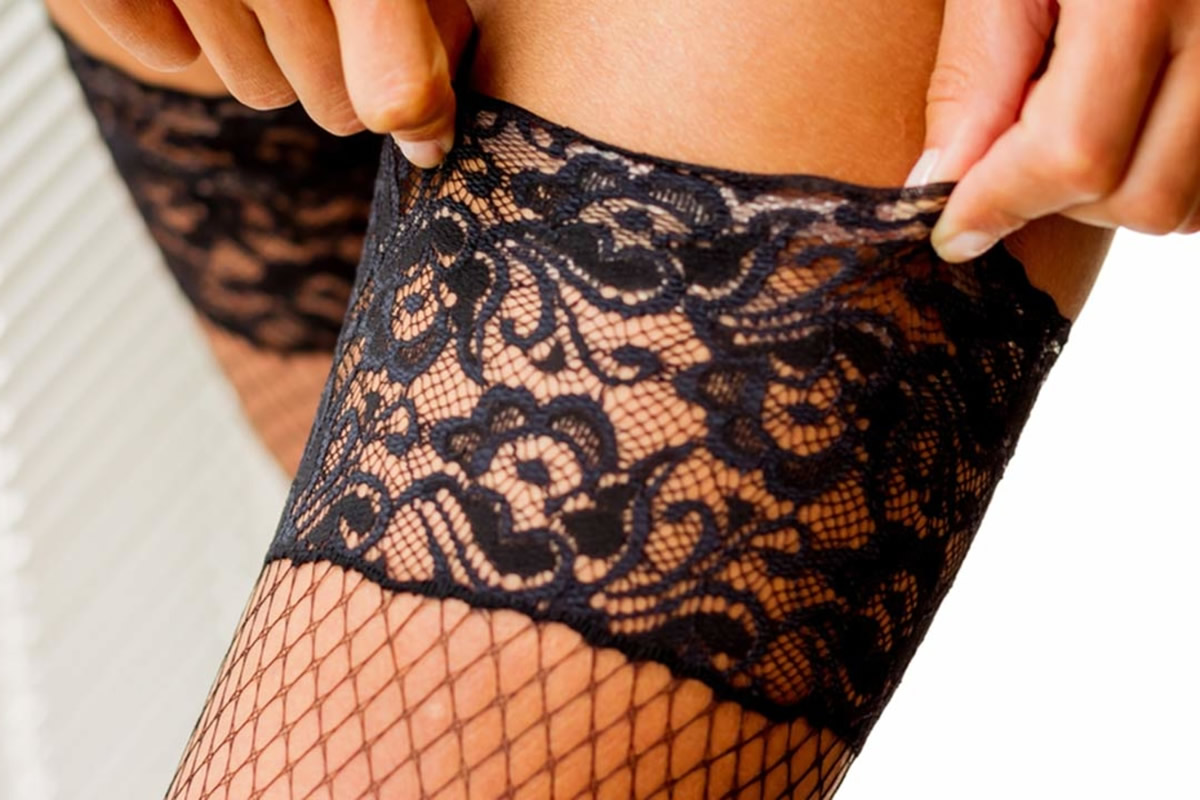 In Spain we have spent years wondering what should or should not be done with prostitution . The provision of sexual services in exchange for money cyclically becomes the subject of controversy and debate. There are sectors of society that advocate its regulation and, therefore, its legalization, and sectors that defend the promotion of abolitionist political measures. There are even those who prefer to continue in the current situation, that is, to remain in a situation of allegiances that does not exempt from prosecution and conviction of those responsible for pimping and trafficking in persons.

In recent times it has been the PSOE who has raised the tone and has placed prostitution at the center of the public debate, announcing its will to promote the so-called organic law of Comprehensive Guarantee of Sexual Freedom (popularly known as the " Law of the only yes is yes ") introducing in it a crime that already existed at the time in the Penal Code: the crime of locative third party .

Appearing in multiple law manuals and in about 250 court decisions, the legal concept of locative third party does not appear, however, expressly cited in any legal precept. What's more: it neither appears now nor did it appear when the matter to which it refers was considered a crime. 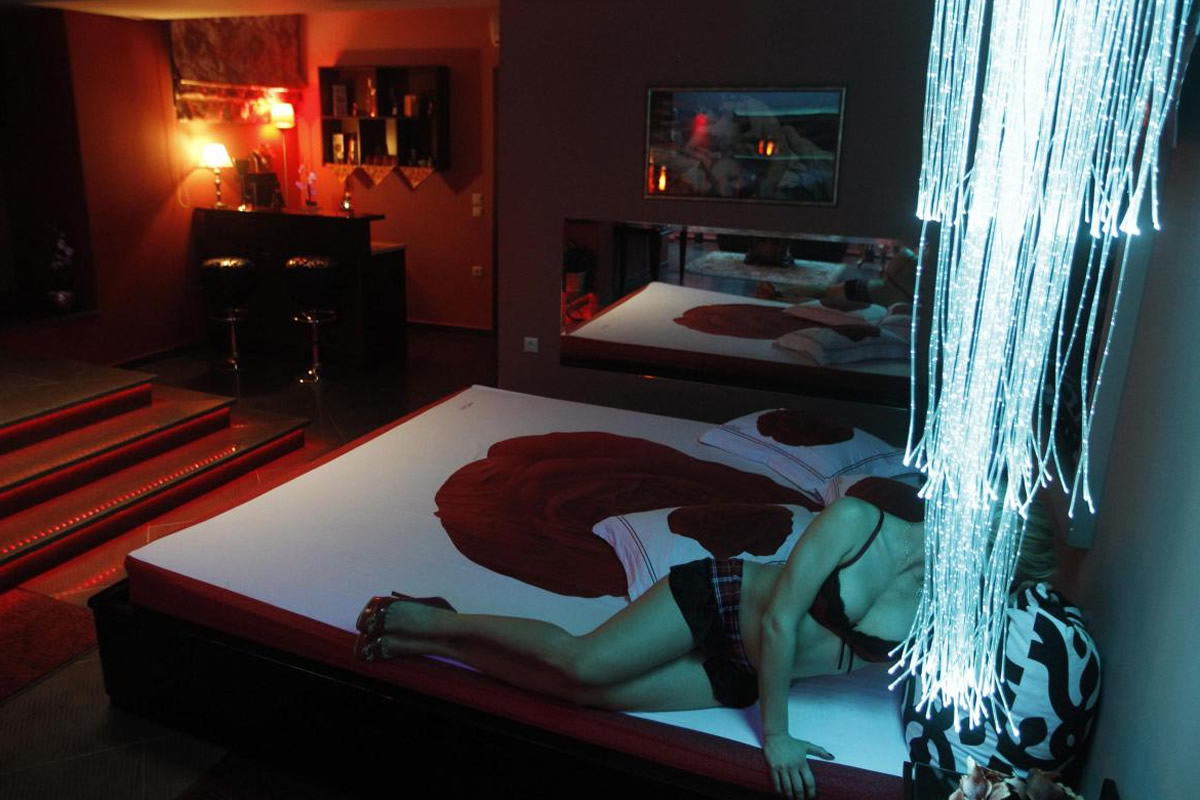 What is locative third party?

The term locative third party is known as the profit from renting a space in which a person is prostituted. That is to say: the room, premises, bar or business in which a sex worker contacts and / or maintains relationships with her client.

For the PSOE, the benefits obtained from the rental of these spaces make their owner an accomplice and cooperator in what the socialist party considers, without nuances, a situation of slavery. For the PSOE, the nation's ruler in coalition with United We Can, no differences should be established between the different types of provision of sexual services in exchange for money. For socialists, there are no women who freely choose to trade with their bodies. There is no empowerment in such an attitude.

In 1949, Spain signed the Convention for the Suppression of Trafficking in Persons and the Exploitation of the Prostitution of Others . Based on the signing of said agreement, the concept and crime of locative third party was introduced into the Spanish Penal Code. The modification of the Penal Code in 2015 promoted by the Minister of the Popular Party Alberto Ruiz Gallardón extracted from it the aforementioned spaces and the concept of locative third party.

By advocating the reintroduction in the Spanish legal corpus of this legal figure, the PSOE says it is advancing in what, it says, is its medium-term objective: to achieve the abolition of prostitution . For this, according to the official position of the socialists, it is necessary not only to persecute the mafias and pimps: it is also necessary to penalize the demand. That is to say: consumers must be fined, who will need legal services for legal defense . With this, and by articulating accompaniment and social protection measures, promoting a comprehensive law against trafficking and offering vital, labor, housing and economic alternatives to sex workers, the PSOE intends to end prostitution in our country. 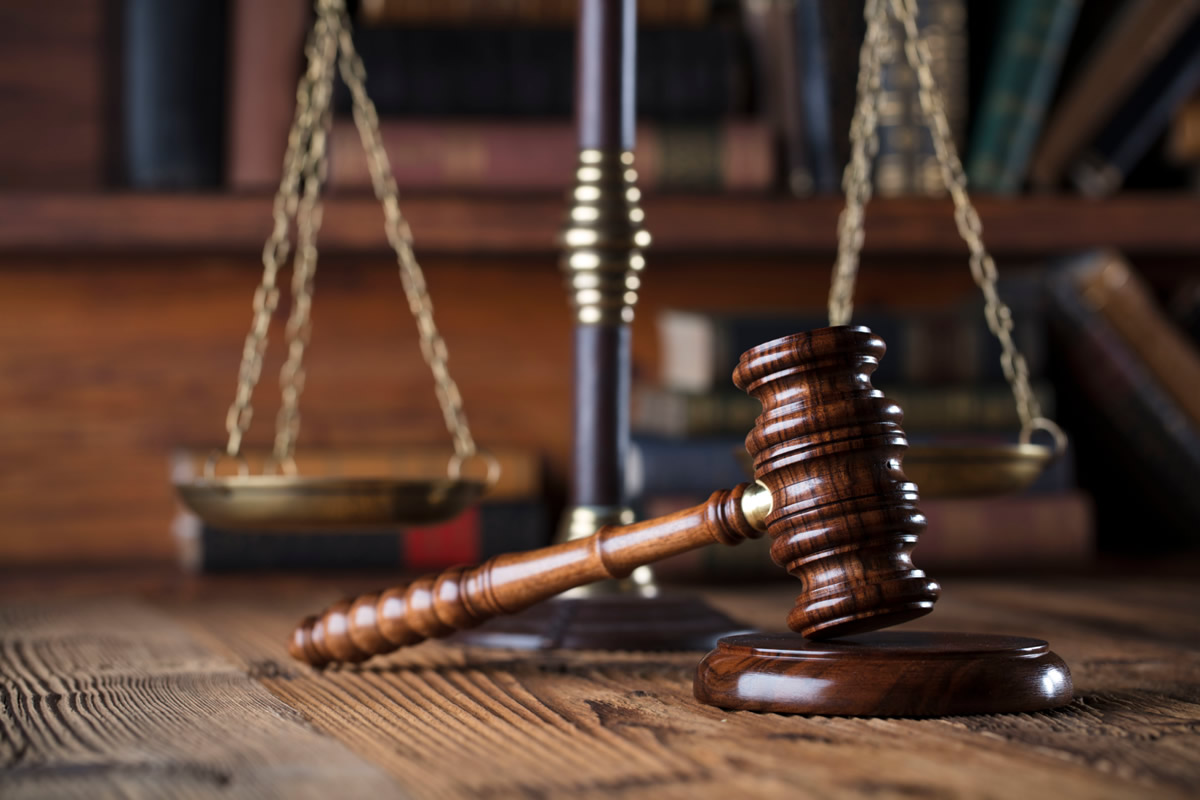 The coalition government formed between the PSOE and United We Can under the presidency of the socialist leader Pedro Sánchez is a government that lacks a parliamentary majority. For this reason, the approval of laws must be agreed with other parties of the parliamentary arch. In this sense, the "Yes is Yes Law" or the Law of Sexual Freedom is no exception. To take it forward, PSOE and United We Can must agree with other parties. And it is there, precisely, where the government bloc has serious problems and it has them, in addition, due to the inclusion of the criminalization of the locative third party in the articles of the Law.

Parties such as ERC, Junts per Catalunya, the CUP, the PNV, En Comú Podem or EH-Bildu oppose the inclusion in the Sexual Freedom Law of the two articles referring to locative third parties. Since the aforementioned law should be an organic law and, therefore, requiring the affirmative votes of the absolute majority of Congress for its approval, it does not seem to have too many possibilities, for the moment, of going forward.

For ERC, the debate on prostitution must take place outside the framework of the Law of Sexual Freedom. Only in this way, maintains the Catalan party, can this debate be developed without "distorting" elements being introduced into it. 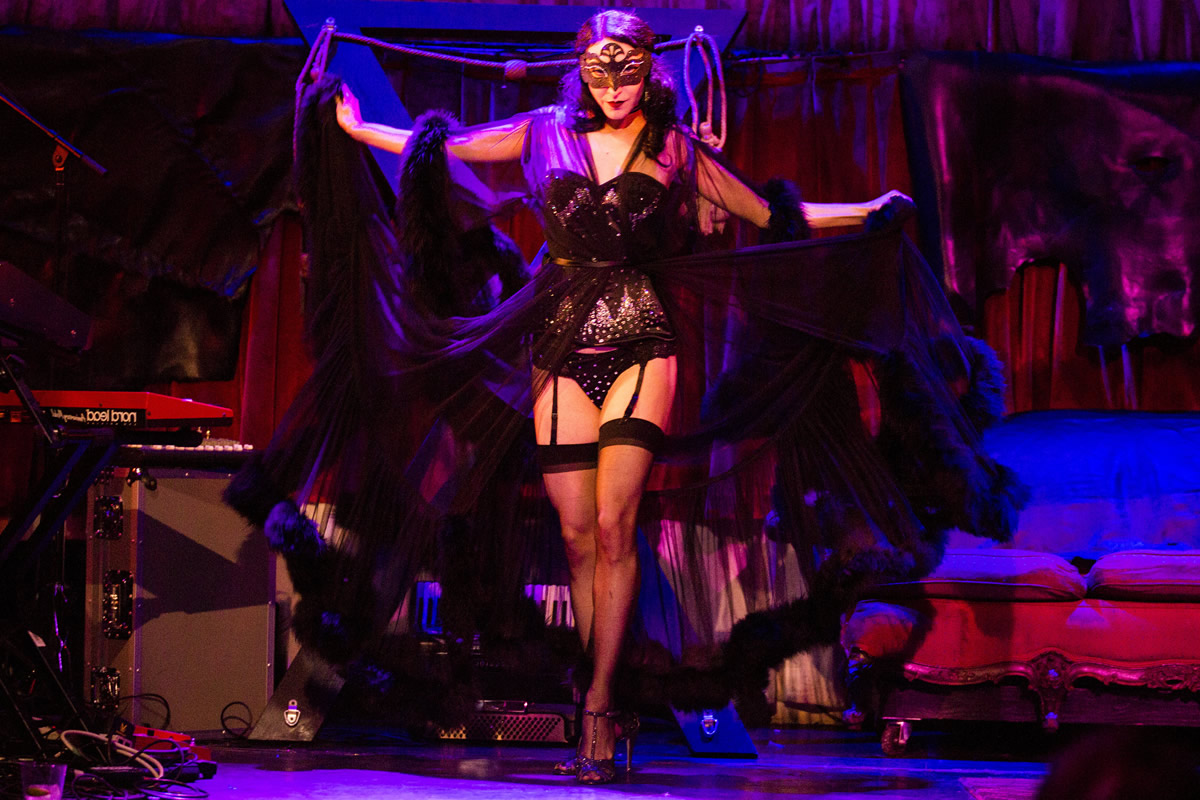 On the other hand, both ERC and the rest of the parties that usually collaborate with the Government in the parliamentary approval of laws, budgets, etc., maintain that they apply the concept of locative third party and, therefore, persecute those with profit motive and On a regular basis, a place or property is destined for prostitution (in the articles of the bill it is said "to favor the sexual exploitation of another person"), it would only serve to leave sex workers in a situation of greater vulnerability. Without the possibility of exercising their profession in one of those places, women would be forced, according to the parties opposed to the inclusion of third party locative in the organic law, to go to more dangerous places with less control and protection.

So far they have submitted amendments to the third party location ERC, JxCat, the CUP and En Comú Podem. The PNV, for its part, argues that prostitution deserves a separate debate. Its spokesperson in Congress, Joseba Agirretxea, asked the rest of the deputies in parliament this question: “Do you not believe that prostitution, its environment, its consequences, its social reflection, the people who exercise it, etc., regardless of opinion that you have, don't they deserve a debate, a reflection and a deep aside? ”. From that deep debate and from that aside, the Basque nationalists argue, the legislation on Spanish prostitution should be born.

For its part, the position of En Comú Podem, the first party to present amendments against the two articles of the organic law project of Comprehensive Guarantee of Sexual Freedom that refer to locative third parties, confirms something that anyone who follows the debate in Spain he knows about whether or not to promote policies to abolish prostitution: the consensus on the matter does not exist within the left. While the PSOE, for example, defends abolitionist measures, En Comú Podem and an undetermined part of United We Can and its confluences defend, rather than abolition, regulation. The legislative future in this regard, therefore, is yet to be determined. 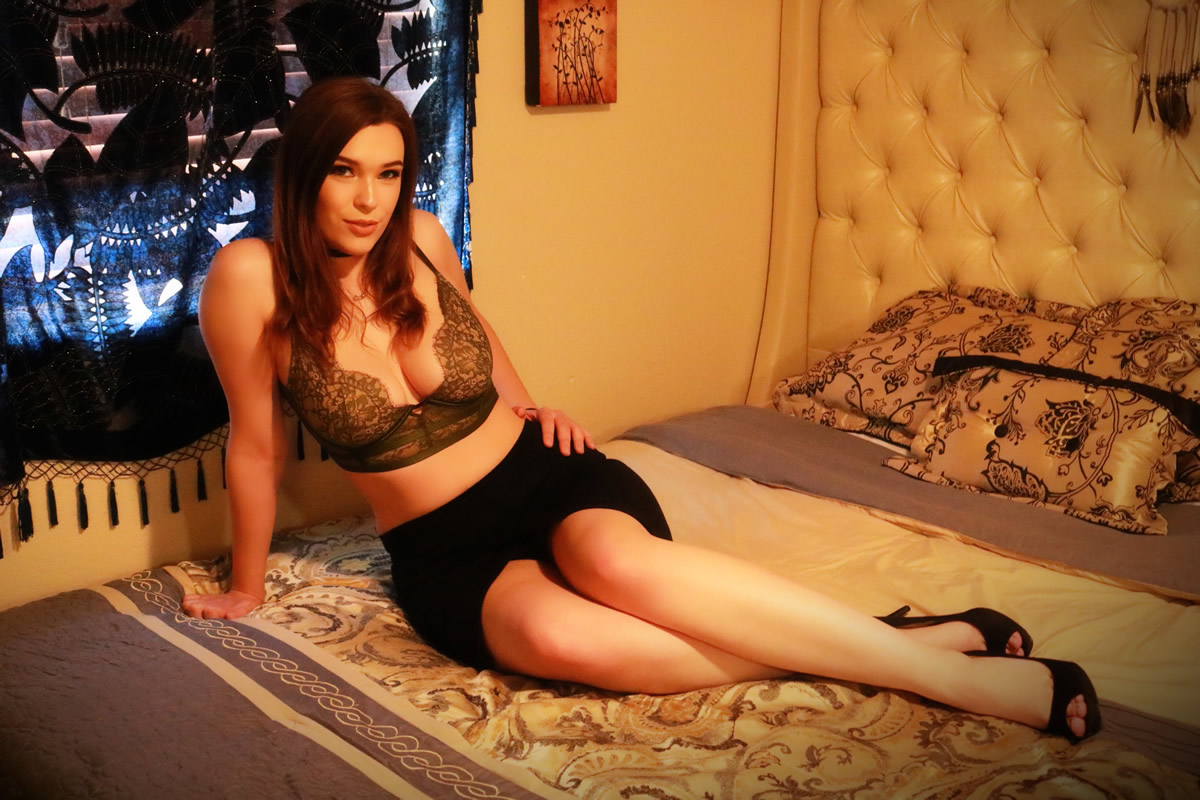